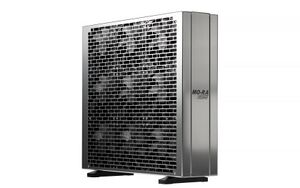 but every PWM fan hookup ever made, and every DRGB hookup ever made, offers male and wants female (i.e. header *pins*). Admittedly, this is a weird departure from the norm (you typically want your charged elements to be female, so they don't go stabbing charge into hands, legs, metal, etc.), but it is what it is. This means that if you want to extrude the female receptacles (which you do), it's going to have a minimum of two wires showing (the wire to the fan, and the wire to the male). Furthermore, you don't get the full useful length of the wire. This can be worked around by putting gender changers on the terminating fans' *male* connectors. Then, bring other fans' *male* connectors out, hooking up to the (unadapted) *female* receptacles in cascade, i.e.: