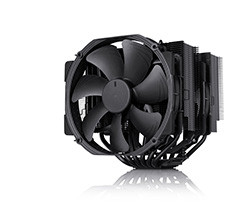 A MO-RA3 420 can equip (on both the front and back on the Pro, or just the front) 9 120mm fans, 9 140mm fans, or 4 200mm fans. Assuming we fully load it, the differences described earlier are exacerbated. The 4x200mm configuration now falls far behind in total air moved, but also requires only about 25% the power of 9x solutions (its acoustic maximum is also about half as loud as the other two; the 9x140mm configuration is exactly twice as much sound energy). Note that only the 9x140mm arrangement fully partitions the 420x420mm area of the MO-RA3.

So which configuration is best with a MO-RA3? While it depends on the installation's needs, I'll likely go with the 9x140mm. I could make an argument about it running at less than maximum speed and still moving more air, so who knows how loud it would be, but mostly I just don't want unsightly gaps in my radiator coverage lol.