I recorded a DANKTECH video, "Console sex with Notcurses" as a gentle intro (its demo has been superseded by the NOTCURSES III demo). You can run this same demo on your local machine with notcurses-demo. 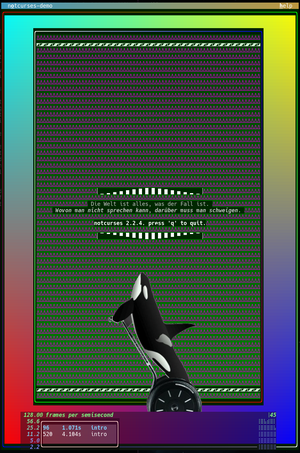 All events carry a ncinput structure with them. For mouse events, the x and y coordinates are reported within this struct. For all events, modifiers (e.g. "Alt") are carried as the modifiers bitfield in this struct.